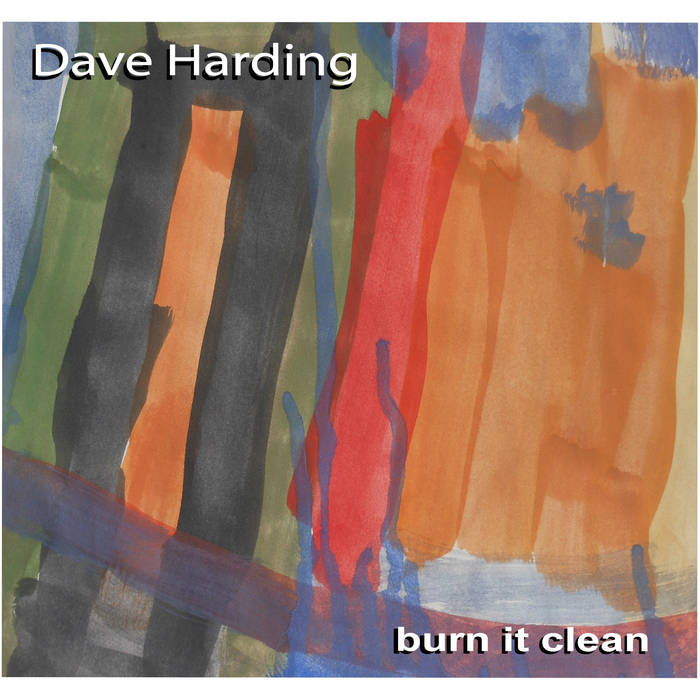 Burn It Clean is Dave Harding's 3rd album under his own name. Written and recorded in Denmark, Burn It Clean features Harding's blend of rock and roll, folk music and insightful lyricism.
The album was recorded at Viktoria Recording Studios in Copenhagen, where Harding was supported by Brian Della Valle (bass), Fredrik Eckhoff (vocals, keyboards), Paul Brainard (pedal steel guitar), Hannah Elton-Wall (lead vocals on "Two Sisters") and Dan Tilbury (drums). Tilbury was very involved with the creation of the record, helping Harding shape the songs and sound. The album was produced by Harding and Peter Iversen.
Harding brings his years of music-making into play on Burn It Clean, as he chronicles the lives of people making changes and taking chances with their lives.
From the power pop of "100 Times Before" to the mournful Bandesque feel of "Shelter Lake" to the final triumphant valediction of "Written in the Stars", Burn It Clean takes the listener on a journey of love and redemption.

Mastered by Carl Saff at Saff Mastering
Cover Painting by Frederik Harding
Layout and Design by Knud Milo at knudmilo.dk

This record would not have been made without the guidance and inspiration of Dan Tilbury. This record is for you, Dan.

Dave Harding is a songwriter, guitarist and bassist based in Denmark. Since 1995 he has been a member of Richmond Fontaine, as well as performing and recording music under his own name. Dave really likes music!

Bandcamp Daily  your guide to the world of Bandcamp